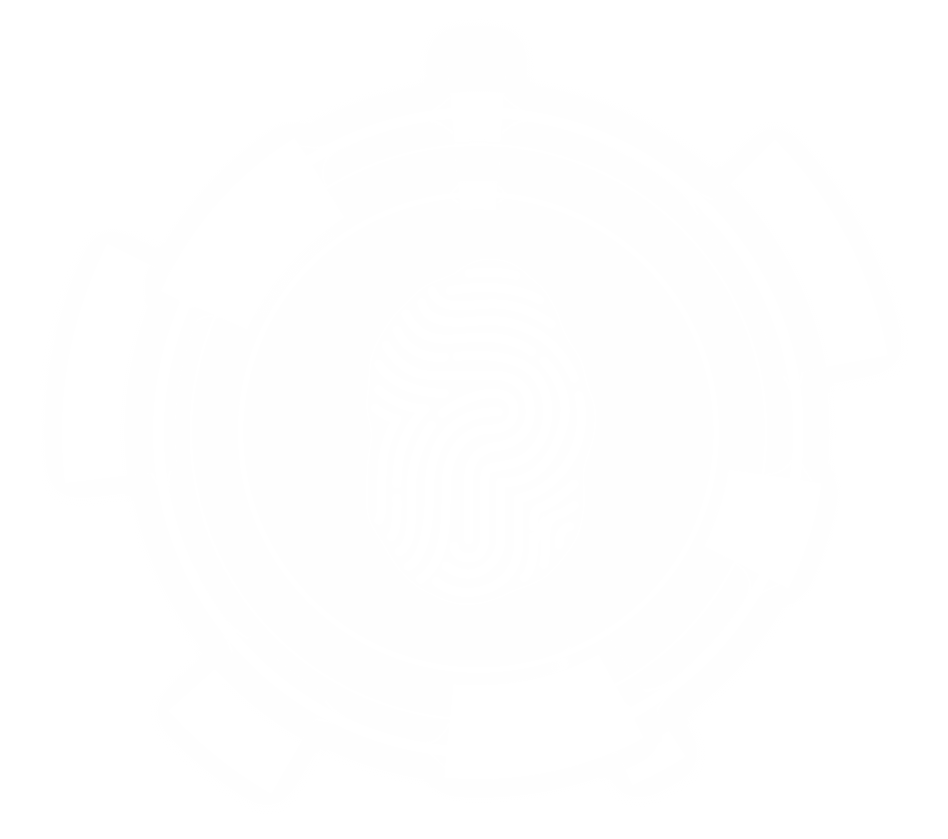 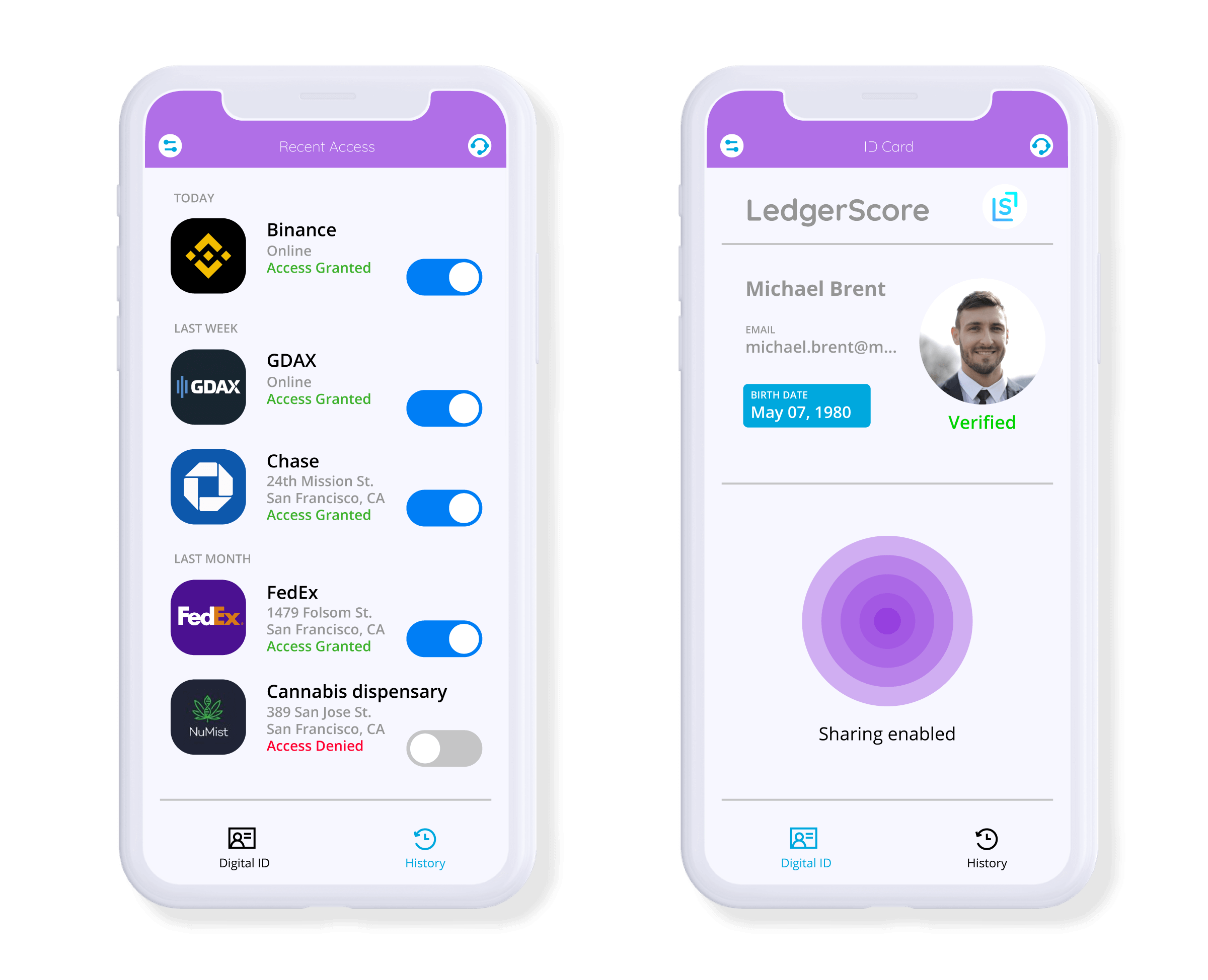 The LedgerScore digital Identity is a solution that is built around consumers and businesses. LedgerScore’s ID verifies the identity behind both sides of cryptocurrency transactions and accounts. LedgerScore unites its global payment network of verified individuals and companies. Proving your identity and validating who you are sending money to eliminates bad actors and fraudulent transactions. Every time you send or receive cryptocurrency, it is digitally recorded on the Blockchain. 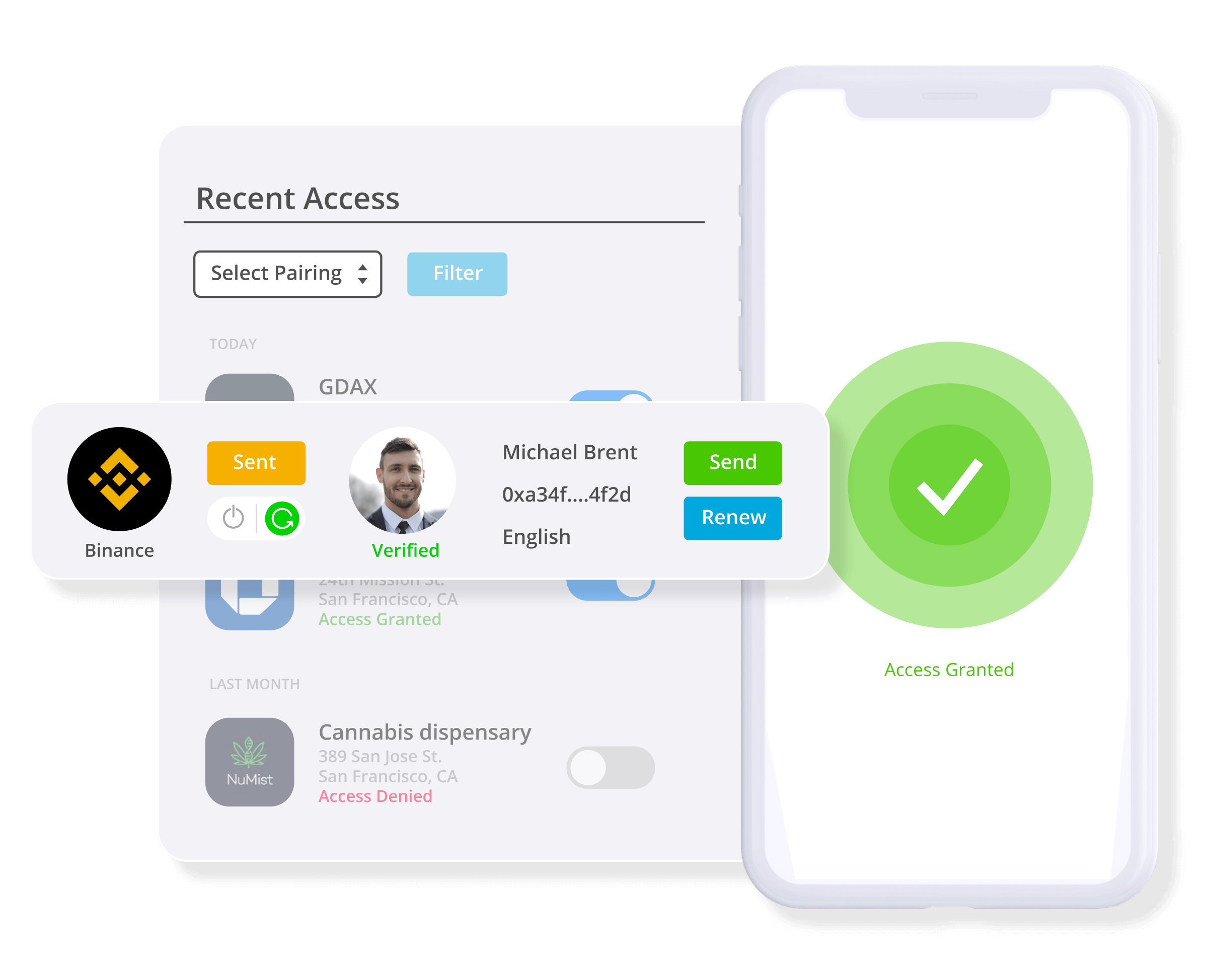 A Secure Identity for Consumers and Businesses

LedgerScore’s secure identity profile is built on military-grade security using Blockchain technology. Our platform uses public/private key encryption and data hashing to store and exchange data securely. Your LedgerScore ID and data are stored on your device, allowing only you to determine which parts of your ID are to be shared. LedgerScore ID enables third parties to validate the original data certification on the Blockchain and verifies that it has not been altered from the original. 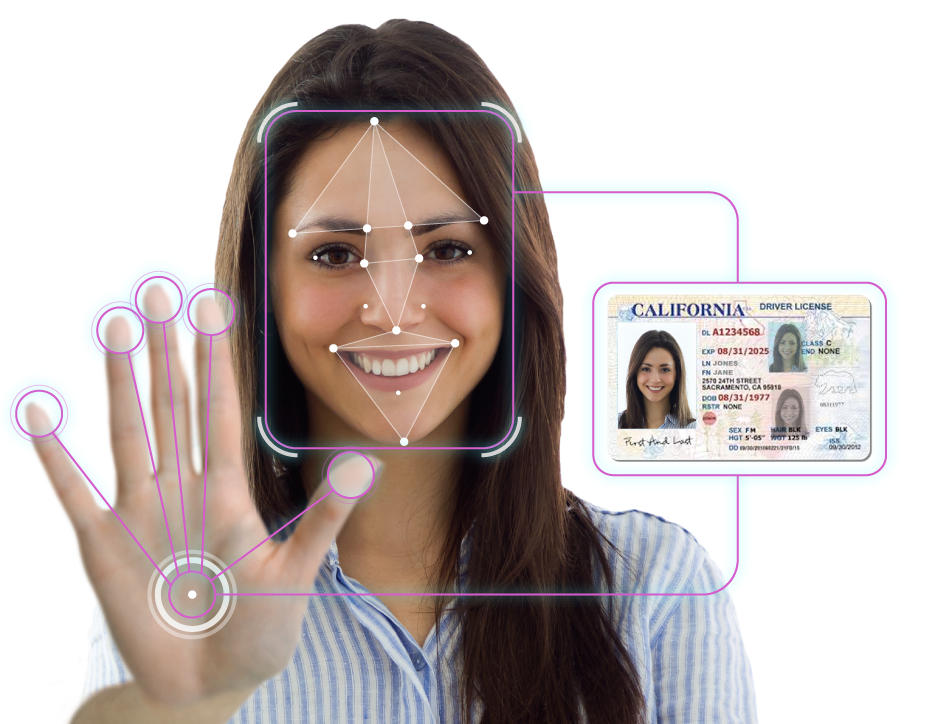 Groups of data and attributes, organization, and individual fields
Speed of the data source, age of the data, the amount of data available
Verify your Identity once and use it over and over
Permission data access with revocation
Data read and write out of ID
Single sign-on into other apps
Supporting micropayments
Organization ID’s
Device ID’s

Microsoft believes everyone has the right to own their digital identity, one that securely and privately stores all personal data. This ID must seamlessly integrate into daily life and give complete control over data access and use.

The Universal Payment Identifier. A better way for your users to send and receive payments. PayID drives digital payments forward, simplifying global payments for all and brings the world one step closer to realizing the IoV.

Own your digital identity

What is Digital Identity?

A digital identity arises organically from the use of personal information on the web and from the shadow data created by the individual’s actions online. A digital identity may be a pseudonymous profile linked to the device’s IP address, for example, a randomly-generated unique ID. Data points that can help form a digital identity include usernames and passwords, drivers license number, online purchasing history, date of birth, online search activities, medical history, etc. Biometrics, Behavioral, Biographic are the modals that make up a person’s identity.

How is Digital Identity Created?

n one example, users sign up to a self-sovereign identity and data platform to create and register a DID. During this process, the user creates a pair of private and public keys. Public keys associated to a DID can be stored on-chain in case keys are compromised or are rotated for security reasons. Additional data associated with a DID such as attestations can be anchored on-chain, but the full data itself should not be stored on-chain to maintain scalability and compliance with privacy regulations.

What Are the Benefits of Decentralized Identity?

What is Self Sovereign Identity?

Self-sovereign identity (SSI) is the concept that people and businesses can store their own identity data on their own devices; choosing which pieces of information to share to validators without relying on a central repository of identity data. These identities could be created independent of nation-states, corporations, or global organizations.

Digital ID is expected to contribute greatly to economic growth worldwide over the next 10 years, and it is considered inclusive since it benefits individuals largely while stimulating economic activity for the global market. For example, a McKinsey study reveals that reaching the unbanked population in ASEAN could increase the economic contribution of the region from $17 billion to $52 billion by 2030. Additionally, the reported value attributed to digital identities is estimated to expand by 22% yearly, with economic benefits of close to €330 billion for European businesses and governments by 2020, and nearly twice as much value for consumers – €670 billion. Decentralized identity models give users the chance to unlock this value, which will, in turn, grow the global economy.

How are decentralized Identities secured?

How are decentralized Identities used?

Once paired with a decentralized identity, users can present the verified identifier in the form of a QR code to prove their identity and access certain services. The service provider verifies the identity by verifying the proof of control or ownership of the presented attestation — the attestation had been associated with a DID and the user signs the presentation with the private key belonging to that DID. If they match, access is granted.

How do Decentralized Digital Identities Work on Ethereum?

Discover how a crypto credit score will change the way the world does business.

Thank you! Your submission has been received!
Oops! Something went wrong while submitting the form.